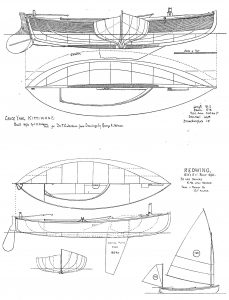 The Humber Yawl Club was established in 1883 at Hull. After the eastern branch of the Royal Canoe Club ceased to have an active existence the need was felt for some bond of union among a few of its old members and other enthusiastic small-boat sailers, there being no other club catering for small boats, and the Humber Yawl Club was formed to meet this want.

With the growth of the club its members became scattered over a wider area, and there are now branches at Hessle, Brough, Hornsea, and up the river Hull. Hornsea at one time claimed the largest proportion of the club’s fleet, but this has been changed, and the Humber is now the largest rendezvous. The club, being formed mainly for the purpose of cruising in company, has always dis­couraged pronounced racing features in its craft.