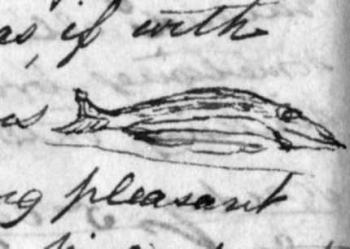 James' illustration of a bonito

As well as re-presenting Maritime Views we have taken the opportunity to add some more material for some of our existing stories.

One of these is a section of Miscellanea written by Packet Surgeon James Williamson. These include a series of short pieces which he added at the end of his journal including: