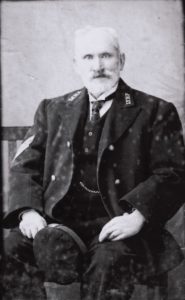 As the most westerly large harbour in Britain, Falmouth played an important role in the era of sail. For around 150 years from 1689, Packet Ships left from Falmouth carrying mails to the growing empire. As this business was taken over by steam ships in the late C19, Falmouth’s prosperity depended on ships arriving ‘for orders’. This, too eventually dropped away with the coming of ship-to-shore radio but Falmouth has continued to play a role as a harbour of refuge up to the present day.

In roughly chronological order we offer you some glimpse’s of the port’s history:

The story of Charles, Prince of Wales’ escape via Pendennis Castle during the English Civil War.

An investigation of the role of the Church and local communities in trying to get their friends and relatives released and returned from North African and Turkish pirates in the 17th and 18th centuries.

The history of a little-known group of French settlers – the Acadians – who were held outside Penry for seven years is covered in Falmouth, Penryn and the Acadians. This also includes the account of Captain Nichols whose ship, the Duke William, foundered on his way back from Canada carrying more of the unfortunate settlers.

The career of young Falmouth boy, brought up in a family of Packet ship sailors, who joined the Navy in the middle C19 and certainly saw the world, rising to become the Assistant Hydrographer of the Navy, is explored in ‘A very nice middy’ – Daniel Pender 1832-1901.

How Cornwall’s great gardens (late C18 early C19) were developed thanks to the intervention of the Falmouth Packet captains.

During the C19 there were two large Ship Agents operating in Falmouth: Fox’s and Broad’s. They acted as agents for the many ships calling into Falmouth, especially those calling for orders, and acted as Consuls for many different countries. In this article, Bartlett Volunteer Linda Batchelor looks into origins of Broad & Sons and traces the later family.

The last trial for cannibalism at sea in the UK took place in 1884 following the arrival in Falmouth harbour of the Montezuma, carrying the survivors of the Mignonette which had sunk off the coast of South Africa. What they took as the custom of the sea did not accord with the understanding of a diligent policeman ill-versed in such traditions. In this article, Bartlett Volunteer Roger Stephens explores the background to the story.

An account of Falmouth’s annus horribilis (1890/91) by Tim Beattie describes a period when the status and future of the trust port looked as though it was in real jeopardy.

The evacuation from Dunkirk of June 1940 is well-known but the evacuation from the rest of France in Operation Ariel is rarely mentioned in accounts of the time. Falmouth played a key part as a receiving port for many of the soldiers, refugees and equipment including heavy water and the Polish National Treasure. It was during this time that the Lancastria was lost, the greatest recorded loss of life in a maritime disaster, even though the news was kept secret to protect morale.

Other pieces are on their way … be sure to check our Cornwall section as well.