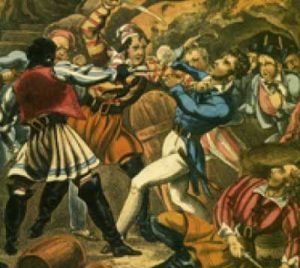 It would be impossible to talk about the maritime history of Cornwall without some mention of smuggling and wrecking.

Smuggling is a bye-product of government policy at whatever level and of whatever form. Human nature being what it is, smuggling inevitably occurs whenever there are attempts to impose authority or to control supply and prices. Wherever and whenever there are attempts to regulate economies, or to raise income, by imposing arbitrary duties on trade goods, smuggling will flourish. Attempts to impose such controls and their avoidance date from the earliest civilizations, no less so in the British Isles than elsewhere round the world. However, in the British Isles such measures and countermeasures assumed a major significance during the C18.

Lacking any significant centres of population, Cornwall was always a minor consumer in both normal trade and smuggling terms. But, its remoteness from central government also meant that it was frequently overlooked and ignored. Thus, a general laxity by the central authorities, coupled with the natural independent attitude of the Cornish, allowed smuggling – or ‘free trading’ – to gain a significant hold. And, as successive smuggling communities in the South East of England were tamed by the civilising authorities, smuggling through Cornwall and Devon assumed a greater national significance.

Understandably our ancestors did not generally keep meticulous records of their smuggling or wrecking activities and original material is therefore hard to come by. However, a pattern of smuggling activity between 1750 and 1830 does emerge from accounts, journals, diaries, court cases and newspaper articles. Perhaps the most productive source is the letter books from the Penzance officers to the Board of Customs in London (1738-1878) which provide a view of the ‘official’ side of the story. These have an inevitable emphasis on activities in and around Mount’s Bay.

Perhaps the best-known name in the Mount’s Bay area is that of the Carter family who were based at Prussia’s (now Prussia) Cove, half way between Penzance and Helston; their fame enhanced by the existence of the unique autobiography of Harry Carter which is widely available in bookshops and online. Some of the articles about the Carters included here are:

Other articles about smuggling include:

Biographies of some of the ships are included in the section on Fair Trader or Free Trader?

Troze also has articles about wrecking: