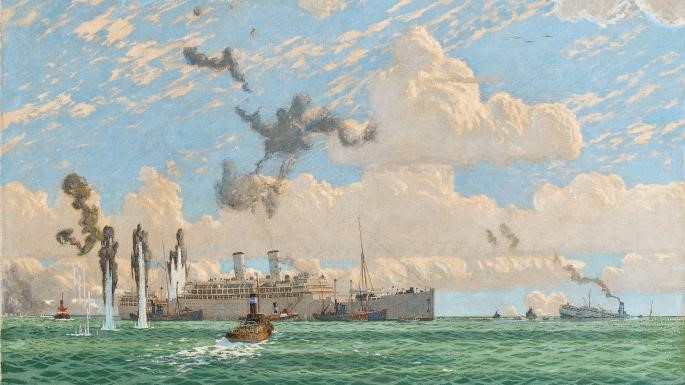 The evacuation from St Nazaire, 17 June 1940. HMT Oronsay in the foreground with Lancastria sinking on the horizon. Charles Pears, PMSA, ROI

In this new article, Bartlett Volunteer Linda Batchelor, explores the connection with Falmouth which was the receiving  port from many of the refugees and, it appears, the Polish National Treasure which was loyally guarded by a small group of Poles.

It was during this time that the Lancastria was lost, the greatest recorded loss of life in a maritime disaster, even though the news was kept secret to protect morale.