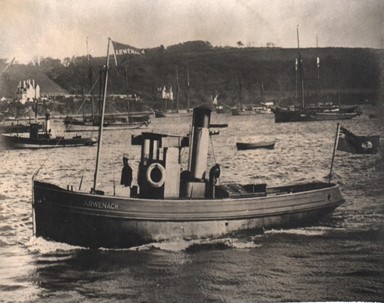 A new referreed article has been published in Troze, our associate online publication. It looks at the first few decades of Falmouth as a Trust Port.

In the early nineteenth century Falmouth was a confident, prosperous medium-sized port. It was one of the world’s largest natural harbours, it offered a ‘first and last’ haven on the busy waters of the western approaches and it was home port for the celebrated Post Office Packet Service. Many ships arriving in the Channel from the Atlantic were instructed to call at ‘Falmouth for orders’. By 1870, however, when control of the port was put in the hands of Falmouth Harbour Commission, the growth of steam power had introduced a much less benign climate. The packet service was withdrawn and Falmouth was no longer such a useful stopping point for steamers less hindered than sailing ships by the vagaries of wind and tide. While business continued gently to grow, for complex reasons harbour revenue declined, with the consequence that at one point the harbour faced bankruptcy and dissolution.

The article investigates the genesis, development and day-to-day operation of Falmouth harbour in the early years of the Harbour Commission. It identifies the causes of its financial difficulties and goes some way to explaining how it survived and modestly prospered into the twentieth century.