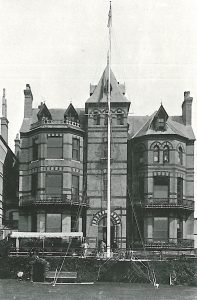 There were quite a number of yacht clubs established in the sixties which have since attained to prominence in the sport. The Royal Albert at Southsea, founded in 1865, is to be included as one of these. The Royal Southern and the Royal Victoria in that district are both senior to the Southsea Club.

The formation of the Royal Albert has probably been the chief cause of stretching the Solent big-class season to three weeks. Cowes and Ryde each provide a week’s racing, and with the Southsea matches following immediately on the latter, there is every encouragement for all the yachts which have assembled for the first two weeks to extend their commission for another few days. Thus, vessels often take part in these matches that do not go to the westward. The clubhouse is situated on the far side of Southsea Common from the sea-front, but there are small quarters on the beach, which are always well patronized on regatta days. There is not sufficient water for deep-draught craft near the Southsea shore, and consequently the big vessels are started from a station vessel which is moored off the Spit Fort. From there the yachts are sent round the Warner Light vessel, and thence to a western mark. 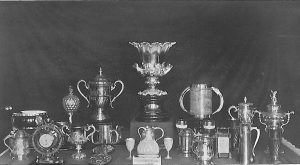 The first regatta recorded was in 1866, and a club cup was sailed for on that occasion, and won by the Sphinx, 47-ton cutter, belonging to Mr. H. C. Maudslay. Ever since the Albert Cup has been the prize for the principal race of the day, and has been won by some of the most famous yachts. Bona established a record by winning it three years consecutively. The annual regatta is a two days’ fixture, usually the 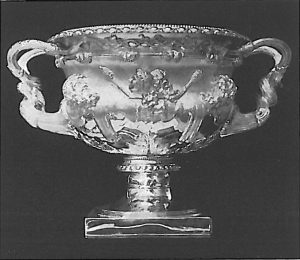 Monday and Tuesday following Ryde Week. In addition, the club gives a series of matches during the season for the Solent classes. These races are started from the club quarters on the beach.H.R.H. the Duke of Saxe-Coburg-Gotha was Commodore of the club for many years, and his decease in 1900 caused the annual regatta in the August of that year to be abandoned. The member­ship of the club largely consists of navy and army officers, amongst whom there are many keen yachtsmen.