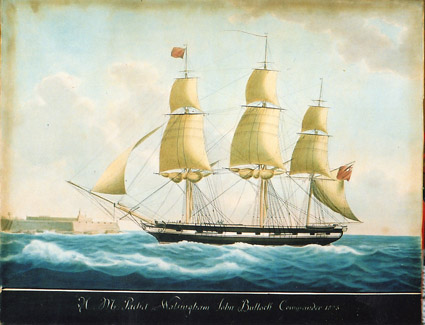 We were asked today what role the Falmouth Packet Service played in slavery.

At one level, the Packet Service was simply a government-run postal service collecting and delivering mail, dispatches and occasionally bullion to and from the Mediterranean, the Iberian Peninsular and the New World. Of course, anything to do with the New World had the potential to involve slavery of some sort since much of the business of the Americas – and especially around the Caribbean – involved some level of slavery.

One of the most interesting insights is to read the first-hand account of young James Williamson, the Packet surgeon who kept a detailed journal of his voyages in the 1930s.