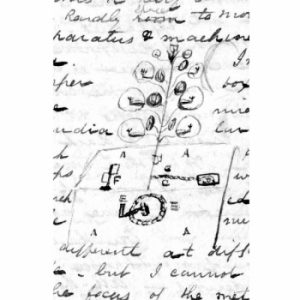 James’ illustration of ‘Apparatus & Machinery of the Light House’

Notitiae of a Voyage to and from Jamaica, Mexico and Havannah

This voyage took much longer than planned due to prolonged bad weather, hence it being considered an ill-omended journey by some of the crew. Because they were at sea far longer than expected their water and food provisions ran dangerously low and they had to kill and eat a goat. At one point there was so little to eat that they even considered killing a Newfoundland dog. To round off their run of bad luck, when they returned to Falmouth their Commander, Robert Snell, was called to account for smuggling.

You’ve probably heard the expression a ‘clean bill of health’, which is often said after visiting the dentist when he has found no problems with your teeth. In this journal you can find out what a ‘Bill of Health’ was and how important it was to ships entering port.