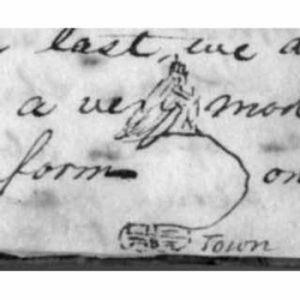 Notes of a Voyage to Buenos Ayres & back

James’ seventh voyage aboard the Duke of York took him to Rio and Buenos Ayres. The crew were joined on the outward journey by a rowdy bunch of Cornish miners bound for Rio who provided much entertainment to the crew, often at the expense of William Treweek, a miner who James describes as “not … gifted with any superabundant stock of sense.” Our Cornish readers might enjoy James’ comments on the “peculiar” Cornish language which he needed “an interpreter to explain”.

During this 29 week trip James experiences the ‘crossing the line’ ceremony, is impressed by the skill of lassoing, eats Catfish, gets fed up eating beef, and witnesses political unrest. James sees first-hand the circumstances leading up to the abdication of Emperor Don Pedro and witnesses the ceremony at which his young son is proclaimed as Emperor Don Pedro II.