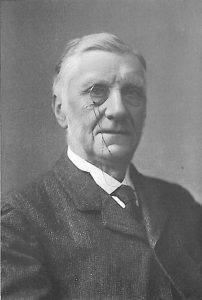 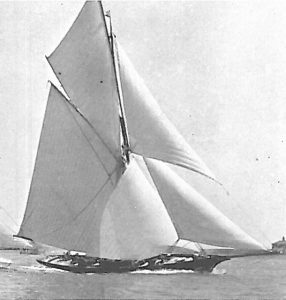 Was born in 1838, and educated at Harrow. He com­menced his yachting career as early as 1850 on his uncle’s 42-ton cutter, but there followed a period of twenty years in which he was unable to devote time to the sport. In 1876 he chartered a yacht, and then purchased the Xanthe, 15 tons. He purchased a second Xanthe in 1890, and with her cruised con­siderably on the East and West Coasts. Xanthe in the handicap matches, with her owner at the tiller, has been a successful prize-winner. He now owns the s.y. Vagabond, as well as the Xanthe,