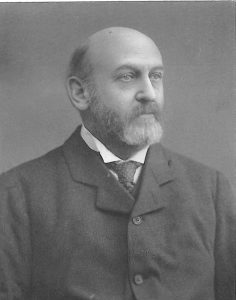 Was born in 1851, and educated at York and Edinburgh University. He is a member of the Royal Yacht Squadron, and Commodore of the Royal South-Western Yacht Club.

He is an enthusiastic small-boat sailer, and has raced in the smaller classes. The Windrush, 3-tons lugger, built by Sibbick in 1893, was purchased by Sir John, and raced at Plymouth, winning a good number of flags. Sir John also owns the s.y. Gelert, 122 tons, designed by St. C. Byrne, and built by Fullerton, Paisley. She is built to Lloyd’s highest class.