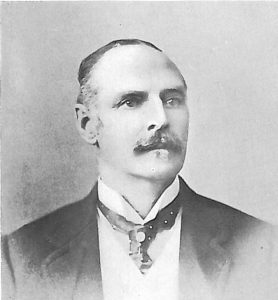 Conservative M.P. for Cambridge. He is a member of the Council of the Yacht Racing Association, and a well-known enthusiast. Born in 1839 in the County of Cork, he was educated at Westminster and Trinity Hall, Cambridge, and rowed twice against Oxford at Putney. He travelled in India and far into Thibet from 1863 to 1867, and on returning to Ireland con­tested the Parliamentary division of Youghal.

Sir Robert is, besides a noted yachtsman, an untiring worker in the interests of the National Lifeboat Society. In connection with the Yacht Racing Association he has accomplished much good work. He owns the 13-ton screw sloop Elfin.