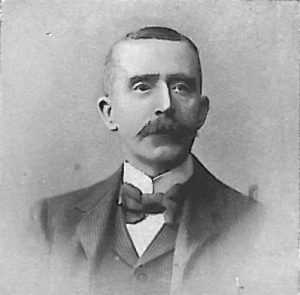 Is the eldest son of the late Sir William McCam­mond, J.P., of Belfast, and one of the best known of North of Ireland yachtsmen, having been a constant yacht-owner for the last twenty-seven years. He was one of the founders of the Cultra Sailing Club, of which he was first officer, and which is now known as the Royal North of Ireland Yacht Club, one of the most progressive clubs in Ireland. He was also first Commodore of the Belfast Corinthian Sailing Club, and one of the original officers of the Carrickfergus Sailing Club. He is a designer of no mean capacity, and when the Carrickfergus Sailing Club was formed he designed himself a boat which he built specially for racing in club matches, and which turned out a very successful prize­winner. 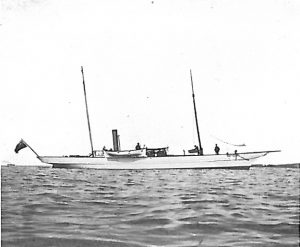 He has owned a large number or racing and cruising yachts, including Echo, 37 tons ; Hyacinth, 35 tons; Nada and Maggie, 20-tonners ; Gem, Rival, and Sara­band, 15-tonners ; and Lenore, 12 tons. Some years ago he cruised round the world. He is a leading member of the Belfast City Council, and for the last four years has been Chairman of the Works Committee, one of the most important committees in the Corpora­tion.