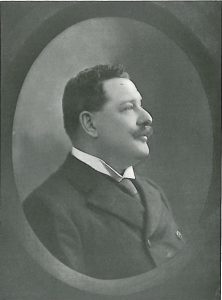 Was born in 186o, and educated at Eton. He commenced yacht­ing on his father’s yachts, the Aline (216 tons), Guinevere (308 tons), and Boadicea (400 tons). This latter boat was built in 1875 by Messrs. Camper and Nicholson, and was the largest sailing yacht afloat at that time. After twelve years’ experience in the 5-tonner Con, he built the motor boat Concara, and now owns the 150-ton steam yacht Carmela, built by Camper and Nicholson for his brother, Mr. Herbert Thel­lusson, in 1903. This vessel has cruised to Holland, Germany, Norway, and around the coasts of the British Isles. 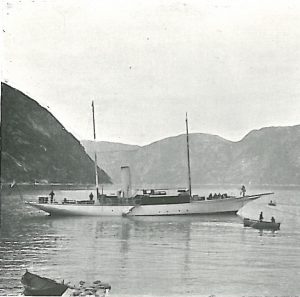